Cause of death: Hypothermia

Tinkerbelle is a female Tyrannosaurus Rex which appears in the fourth episode 'End Game We see "Tinkerbelle" with her mate "Stumpy" as their two babies play. They fall asleep and the pair chase a little Pachycephalosaurus into a log. However, Jack was there, and Jack cannibalizes the two offspring. Then Stumpy and Tinkerbelle check and find their young have been eaten. At night Stumpy comforts Tinkerbelle.

The next day they attack and kill a Triceratops, and eat it, but the cannibalistic rival of their's, Jack Palance, returns again, staring at Tinkerbelle, and Stumpy and Jack have a reunion. Then they bite each other's snouts, and a splash of blood was torn off of Jack, but Jack was bigger and so recovers quicker, biting Stumpy's neck. He sees the remaining healthy front limb and Jack tries to rip it off, but Tinkerbelle comes from behind and bites Jack's leg, before her mate is free and knocks over Jack, and Jack lands his throat into the horn of the Triceratops carcass, and dies. Later that night, Stumpy and Tinkerbelle are seen cuddling with each other. Tinkerbelle stands up showing she is ready to mate, Stumpy gets up and walks to her and gets into the mating position. Tinkerbelle takes a step forward, stomping an eggshell of their previous young, it then pans out showing them mating.

Later in the episode, She lays a clutch of eggs, and scares her mate away. Later, a pack of Troodon arrive, surrounding the nest to take an egg. One Troodon takes an egg, but Stumpy grabs the Troodon and kills it, but drops and breaks the egg. He then scares away the pack. Months later, in the morning, Tinkerbelle starts digging the nest, but only a pack of mammals get out, with all, except one egg, eaten. Tinkerbelle hatches the lone egg, and the baby hatches.

She has mated with Stumpy, a larger male T.rex. Tinkerbelle died in the cloud of dust caused by the impact of an asteroid. She was whitish Brown at her head and her body was all brown what she killed: one Triceratops. and partially jack 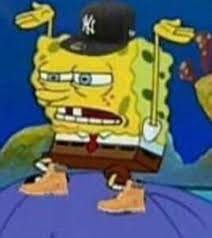 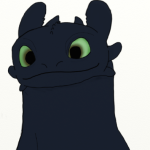 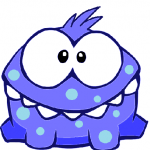